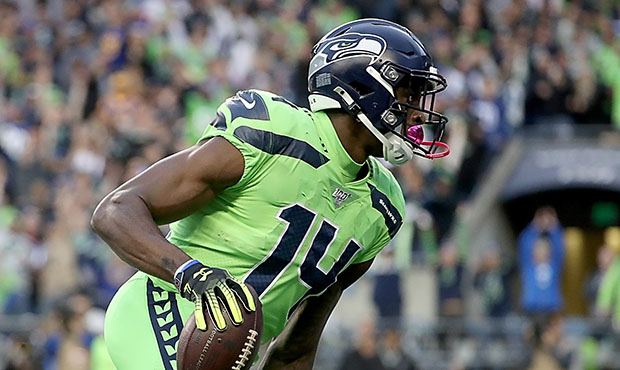 How yoga helped get the Seahawks to the Super Bowl again

So, when I look at the Seahawks returning to the Super Bowl for the second consecutive year by pulling off a stunning win against the Packers, I do it through the lens of karma yoga, the yoga of doing from a place of being.

Russell Wilson and Jermaine Kearse, who followed through a game-long awful performance by making key plays in clutch time, when all seemed lost, are highly paid professionals and humans beings like you and I, with their own shortcomings. So there’s no need to elevate them to semi-god status.

We can learn a lot from the behavior they both exhibited on the field under immense pressure.

Russell Wilson was a great example of staying with what is, including playing very poorly for almost the entire regular time. He kept showing up fully to the present moment with trust, discipline and commitment. Every professional athlete, not to mention an elite quarterback like Russell, is a competitor and trained “not to give up.” That is expected, it is a given at this level. The third chakra of these athletes is fully formed and fortified, sometimes even too much.

What struck me as the key to the final minutes “turn-around” instead, was Russell’s way “not to give in” to the dark voice in the back of his head, which was without doubt yelling over the silenced crowd: “your play sucks,” “that’s it,” “this is the end,” “you are letting your team and an entire city down so badly.”

It dawned on me that our quarterback was currently practicing yoga before our eyes!

What I was looking at, was the embodiment of a yogi dancing in the fire of life while keeping his inner space as calm and vast as possible.

He was an elite professional, performing poorly under an incredible amount of pressure, paid not to give up but practicing not giving in to negative thoughts, feelings and emotions. His focus, intention and energy was directed to keep his inner being clean and acting from that place of calmness, balance and equanimity no matter what was going on around him. That is yoga!

That is what we cultivate on the mat and off the mat as karma yogi.

The Bhagavad Gita could have been the Seahawks’ playbook of yesterday’s game.

Obviously the qualities of showing up to our sacred duty fully, unbiased and with no attachment are infectious. The team, finally, and as if by miracle, started feeding off that energy and played with bravery and fearlessness when it made a difference. With two minutes to go, “miracles” started to happen.

After dropping a few key passes early in the game, Kearse made the final icing on the cake with a great catch and a winning touchdown. The passes he kept receiving from his quarterback were incessantly shoring up that bond of unwavering trust that ultimately empowered Kearse to raise his sails and catch the wind of grace at the very end of the game! And what a catch it was!

We can all get inspiration from those qualities to inform our behaviors in our daily life and bring the essence of yoga with us at work, in the family, with our friends and communities.

It all starts with practice.

It shouldn’t come as a surprise that the Seahawks made yoga and meditation their official team practice.

They did it, could you?